Some weeks ago in Athens I ve met the guys behind the Dysphemic a fabulous , clever darkside drum n bass , Dubstep , breakcore glitch  crew from Australia. We were hanging around in parties , such as rustie(dubstep) from the UK at bios as well as we drunk a couple of beers together , talked about music etc. Dysphemic was on tour in Europe for some time , you can find the highlights of this tour on their website which is http://dysphemic.com. I ve also got the demo with a rather good electronic music divided in two parts , really clever and dark vibes , good breaks and  dance rhythms totally gave me a good inspiration I need for checking further details,  their videos and website. One of the most remarkable things is the way they perform , I suggest  check their videos on the website. In Athens they played in a real underground location at Piraeus (port of Athens) with not much equipment but as I heard it was really great. I felt that I really wanted to dedicate some lines regarding this awesome shit from Australia also because we had a great time together , all of the guys deserve RESPECT .. So I would like to greeting them , I wish to see them again soon and I should attend to the next live the next time 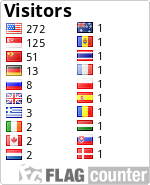